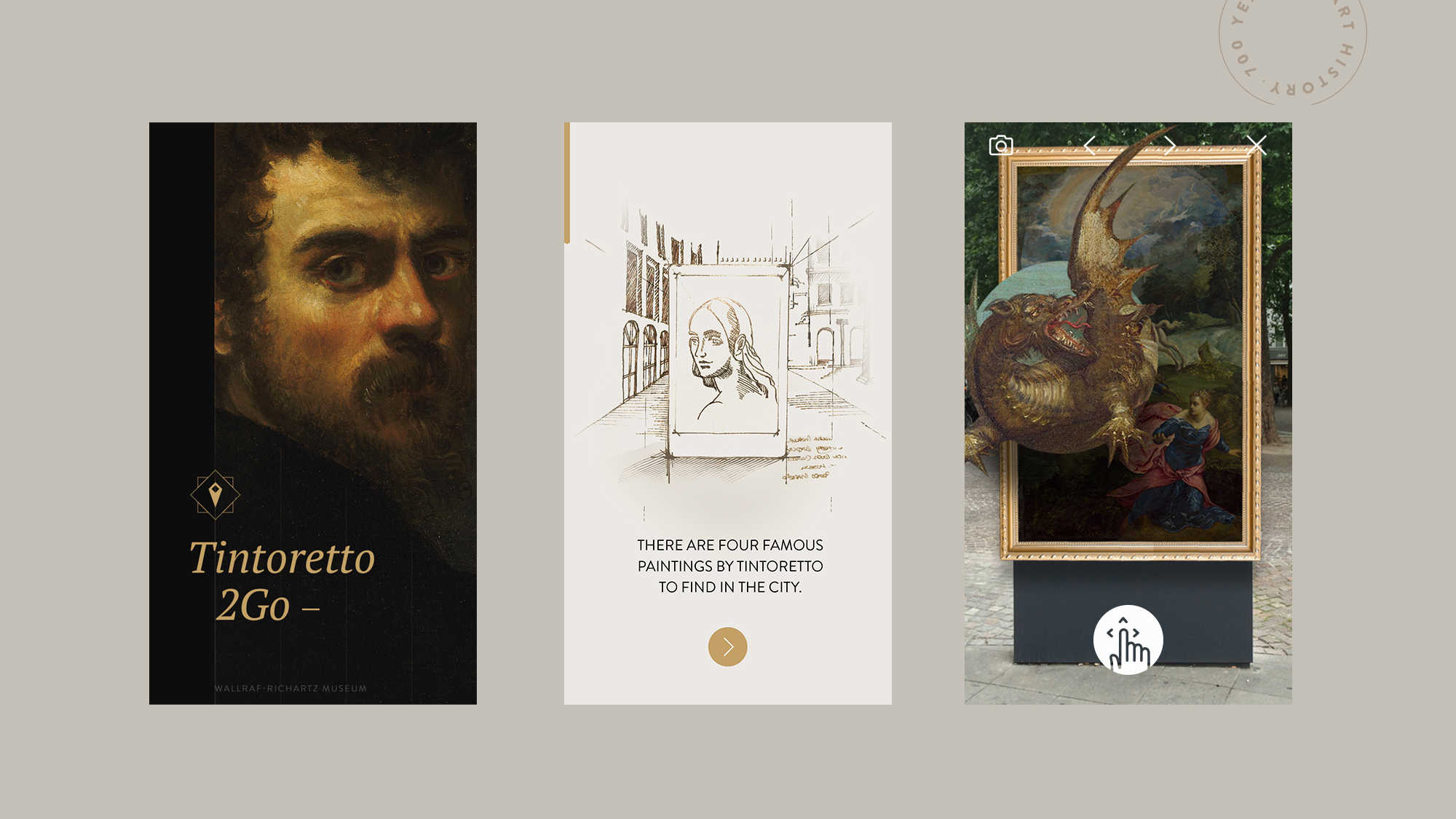 How to make classical art appealing to young people?

In the celebration of the 500th birthday of 👨🏻‍🎨 Jacopo Tintoretto, Italian Renaissance artist, we remixed classial paintings with visual recognition & augmented reality.

On Tintoretto2Go, we hijacked advertisements around the city of Cologne and Berlin by replacing them with first-class paintings. 💎 Hidden gems in these artworks were spotlit with animated 3D modelling in AR, letting the public relive the spectacles of the grand classic. What’s more? We hid them all around the city and updated every week—it’s the treasure hunt in neighbourhoods and in the streets! 🕵🏻‍♀️🕵🏽‍♂️ No matter if you unlock all of them or not, it guides you to explore Wallraf-Richartz Museum’s special exhibition ‘Tintoretto—A Star was Born’ in the end, and offers you a discount to the museum if you find them all!✨ 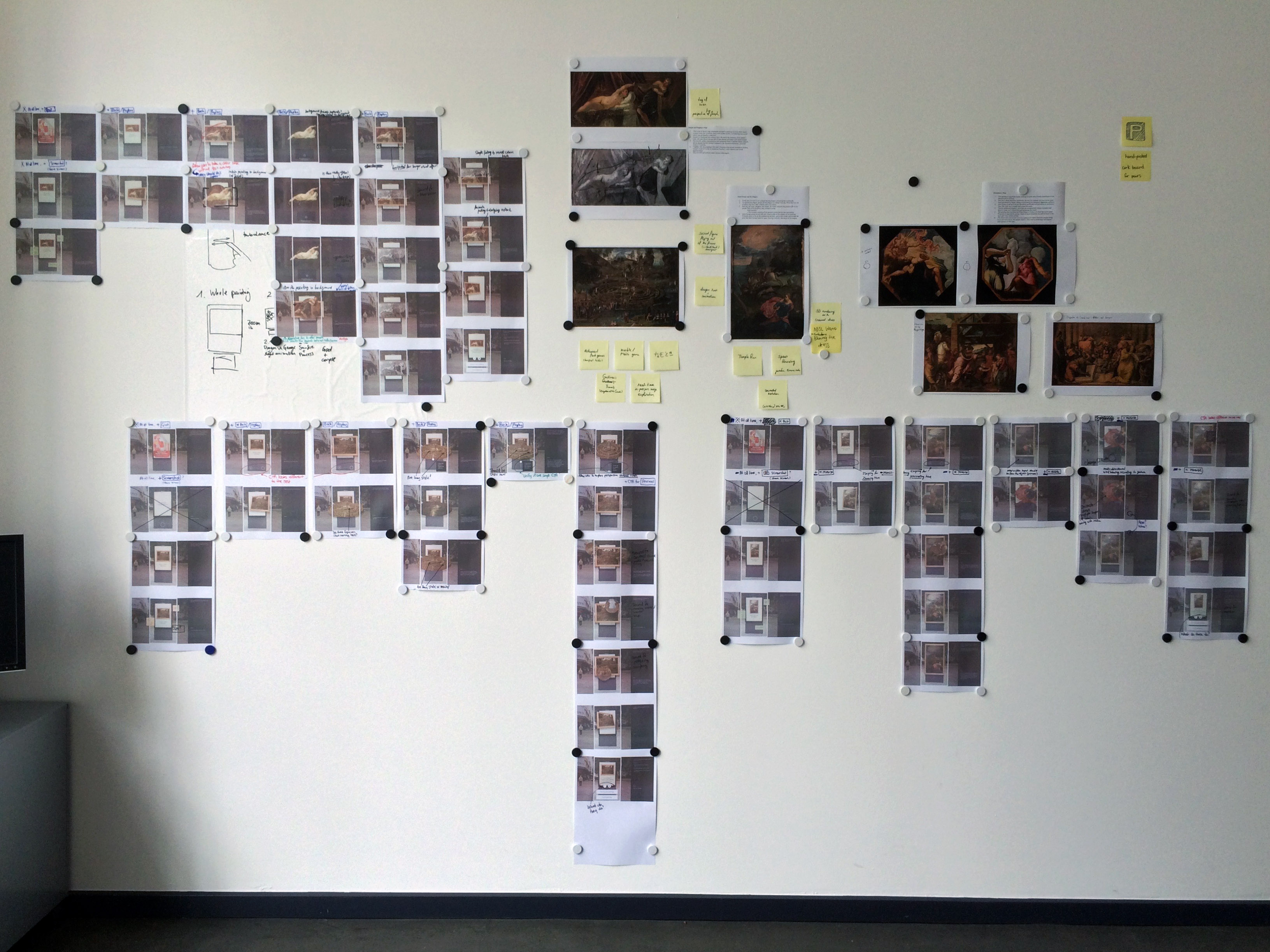 As the UX designer on this project, my role was to ensure that the entire concept and experience are fun and enjoyable, and that Renaissance art can be reanimated for a greater public. To dive in to the classical art world, I started by conducting literature review in different languages and expert interviews. Finding out the highlights in the 🖼 licensed paintings, I scripted succinct but compelling storytelling from the artworks. Together with visual designers, we consolidated the narratives and produced 🌌 storyboards, consulted the museum curator and gathered feedback. Simultaneously, I assessed the feasibility and worked out approaches to implement this hide-and-seek experience around the city. I then worked closely with the our 3D artist and developers on modelling, animation and development of the app prototype.

Later, I conducted user tests on our prototype, collected feedback, and further brought improvements on our 👾 game experience. After the initial app release, I actively worked with the team to update the visual markers every week to enhance the city hunt amusement. 🏃🏻‍♂️🏃🏼‍♀️ 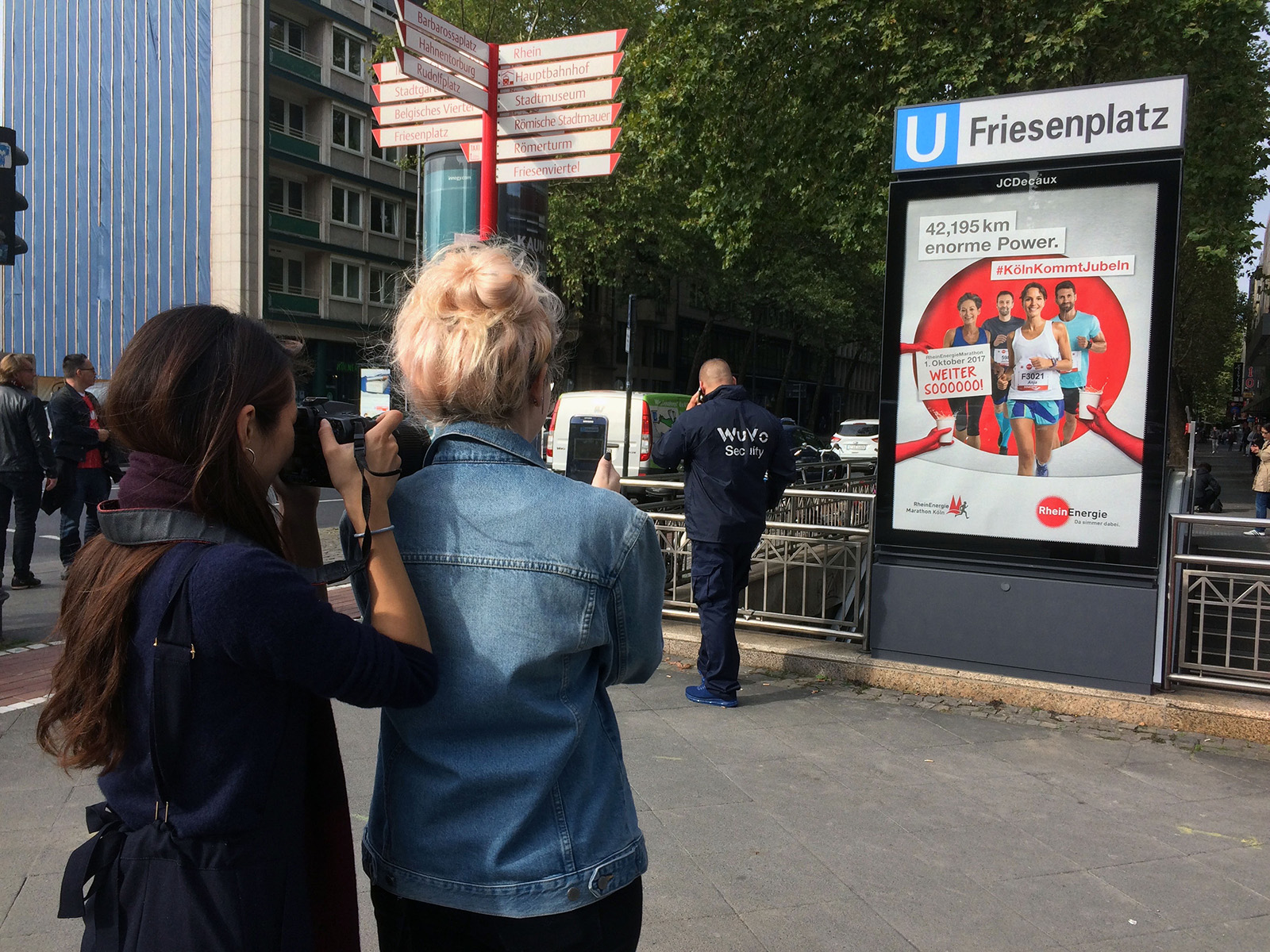 The exhibition was held in Cologne Oct 2017–Jan 2018. As many as 99,062 visitors have found their way into Wallraf-Richartz Museum, exceeding all expectations! 🎪

We are very pleased about the enthusiasm with which our Tintoretto exhibition was received by such a broad audience. The spectrum ranged from young people interested in art to avid Tintoretto lovers to experienced specialists from all over the world.

The jubilee exhibition was later hosted in Musée du Luxembourg in 🇫🇷 Paris.